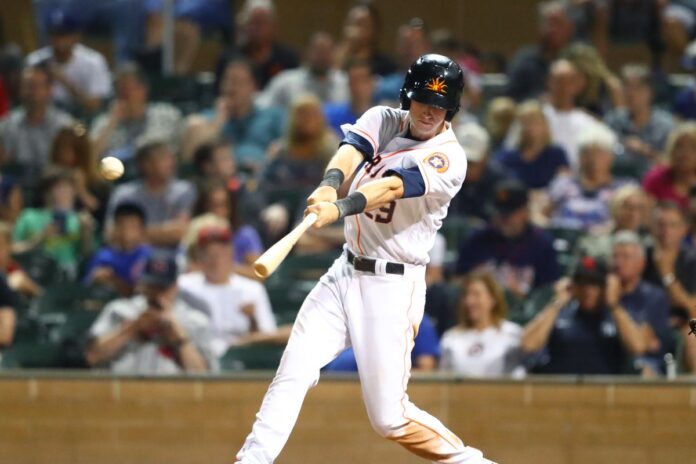 The Houston Astros already have a great talent on the roster, but some of their best talents are still on their farm. Obviously, the “farm” is a figure of speech, but the Astros do have some talent that they have stored away in their minor league teams waiting to be groomed and developed to their top potential. Notable players Forrest Whitley, Kyle Tucker and J.B. Bukauskas, just landed on the MLB’s Top 100 Prospects that just recently dropped.

According to the MLB’s Top 100 guidelines “To be eligible for a list, a player must have rookie eligibility. To qualify for rookie status, a player must not have exceeded 130 at-bats or 50 innings pitched in the Major Leagues, or accumulated more than 45 days on the active roster of a Major League club or clubs during the 25-player limit period, excluding time on the disabled list or in military service.” (From MLB’s Top 100 Prospects Eligibility Rules). Whitley ranked Number 9 on the chart, while Tucker placed 17th and J.B. landed at 76. The future is bright for the Astros, especially their pitching team as J.B and Forrest are the two pitchers stored for the farm. According to Brian McTaggart, “The Astros ranked 17th among the 30 teams with 201 prospect points” which just translates into the Astros were graded and given points for the place in which the prospect was located at. For example, Forest would get 91 points since he is the 9th ranked prospect. The system has the Astros in the middle of the bunch, but that is not bad for a team that is not considered “rebuilding” anymore.”

The Astros sure do have talent stacked and waiting to be unleashed, but who knows when the Astros will believe when these prospects are ready. They may be the backup plan if the Astros can no longer keep their current core together, or an interesting trade bait to other teams to build an even stronger roster with current star players rather than develop. Jeff Luhnow has been cautious when approaching these prospects though, so I doubt that is in the foreseeable future.