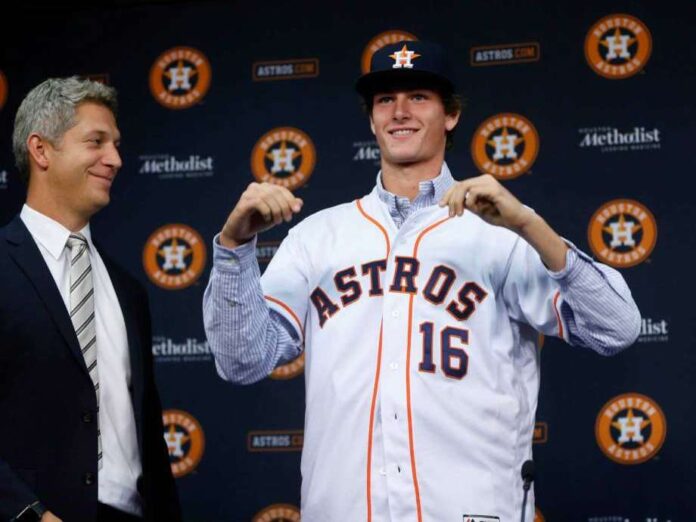 Houston, Texas. February 21st, 2018: The Astros minor league pitcher Forrest Whitley has been suspended by the MLB for a violation of minor league baseball’s drug program. Whitley was told by the MLB on Wednesday that he would be suspended for 50 games without pay due to this violation.

The 2016 Astros first-round pick, was supposedly with a friend and had an “unknown substance” (many believe to be Adderall due to the stimulant of it) to stay up throughout the event as Forrest was getting tired. This was found on a drug test later and determined that it broke rules for the league. The drug was thought to have been something along the lines of Marijuana, a typical substance that is found in players across all leagues, but normally the league would outright say the substance if it was as common as THC. The league hasn’t expanded or elaborated on the specific substance, but obviously, a stimulant was given if the story from Forrest’s representatives is true. Astros General Manager Jeff Luhnow has not given any information to help determine what the substance was but has said that he will learn from his mistakes and keep doing his thing on the baseball side of things. Luhnow hinted this as a growing moment and is still high on Forrest’s pitching skills, as this has not hampered his outlook on him.

Forrest Whitley is a top prospect and has been getting lots of trade calls about him, but the Astros believe he will be a great rotation piece in the future.