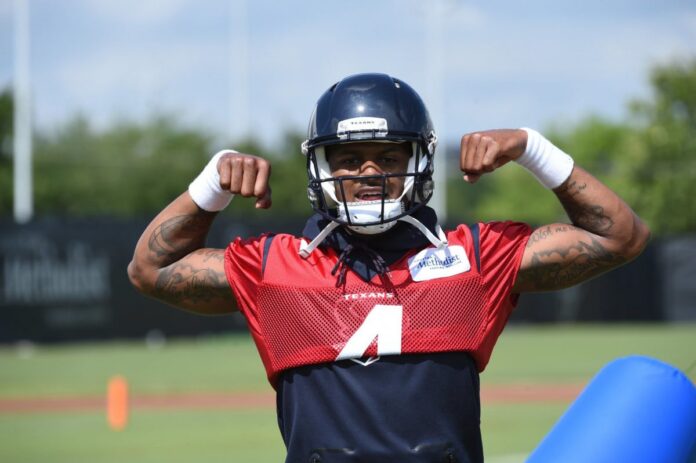 The Texans met up for another round of their OTA’s today (organized team meetings) and the team played 7 on 7.  It was a light contact practice today however, it was an opening act for new players fighting for a roster spot or even new players like Tyrann Mathieu who is getting introduced into his new role with the Texans. Players like JJ Watt and Jadeveon Clowney were not fully participating in OTA’s today, mostly due to injury or rest for the star players who have been injury plagued for some time now.

Watson had been with the team in the previous phases in the offseason which had different participation drills and workouts, and of course, he was present today, slinging the ball again like he did last season. Watson had accurate throws for most of the day, and the knee that had been injured last year from a torn ACL was no longer bugging him. Watson said “I’ve been throwing on the field for a while now. It’s one of these days to get back out here with the offense, be able to get back to the basics of football and build that chemistry, leadership, and trust. The Texans OTA’s are not public access, but many media personnel were there watching and observing the sophomore QB. Bill O’Brien had praise for him as well saying “He’s really improved his knowledge of our offense, his knowledge of defensive football. He’s doing what he can do out on the field, which is very good for us any time any time he’s out there. He’s getting better every day.” O’Brien, of course, has high praise of his quarterback, and we could initially see the development in Watson before he went down with the knee injury in the middle of the season. Other players caught media members attention such as KeKe Coutee and Jordan Akins the two-rookie slot wide receiver and tight end, who impressed many by their catching and especially KeKe’s speed.

The Texans have only just begun OTA’s and look to continue out until training camp later in July. When the Texans do begin training camp, special sessions will be available for fans across Houston. Once these dates are official and announced, we will update as soon as we know! 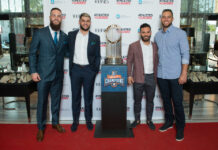 The Houston Astros Take Over Tootsies to Raise $360,000 for Charity