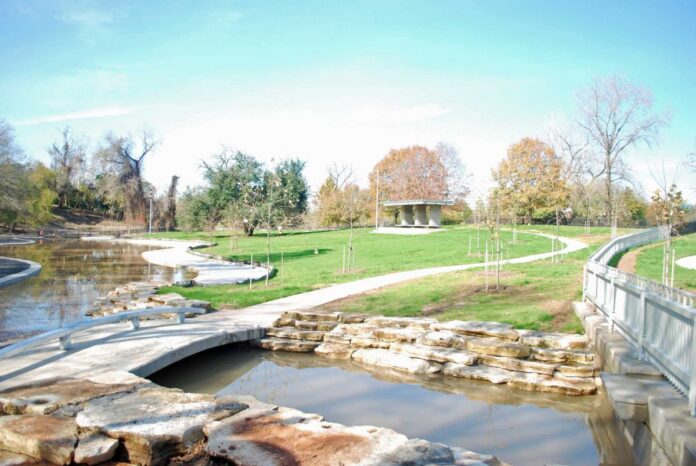 The Johnny Steele Dog Park remains closed with no timetable for a reopening. According to Buffalo Bayou Partnership President, Anne Olson, they are “working on getting the sediment stockpiled at the site and removing some.” This process will leave the park closed for “several months”.

The once adored dog park, located along Allen Parkway, was one of the largest parks in the Houston area before being closed due to the violent flooding that struck our beloved city during Hurricane Harvey. It was a place for Houstonians to bring their dogs to run the trails or to swim in one of the parks attractive ponds located on the 2-acre property. 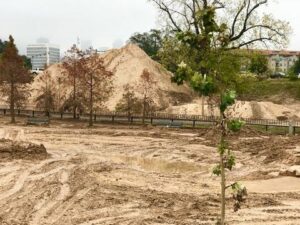 Mountains of removed sediment and sand are visible around the property. Olson also informed us that they will be “developing preliminary plans to make some design adjustments for the ponds.” The  $1.5 million dollar park was named after our fellow Houstonian and landscape architect, Johnny Steele. The park’s formation came as part of a $58 million dollar renovation done by the Buffalo Bayou Partnership, to the Buffalo Bayou Park.

Unfortunately, Johnny Steele Dog Park is unrecognizable now. The lush green grasses our canine friends used to roam now houses heavy machinery and mountains of sediment. Olson went on to say they “are planning on using some of the sediment to regarde the dog park.” The park is what remains of Mother Nature’s battle with Hurricane Harvey. Just like how the great city of Houston was able to recover and thrive again after the destruction, so will the Johnny Steele Dog Park. 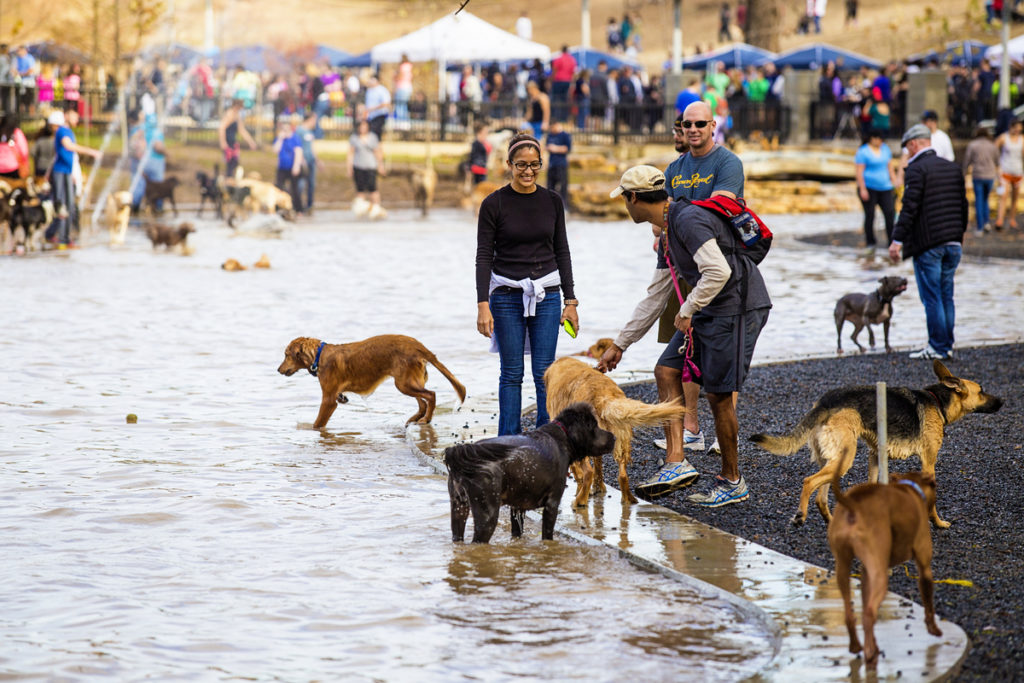 A photo of the Johnny Steele Dog Park before the devastation caused by Hurricane Harvey.

Lyle Lovett and His Large Band