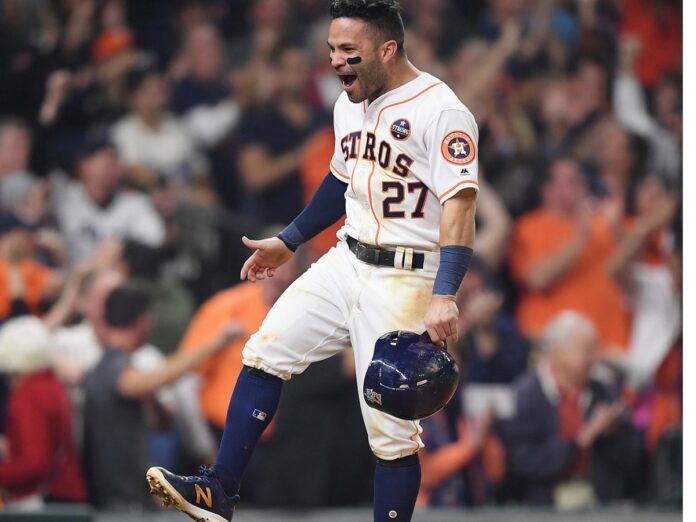 The Houston Astros and AL MVP Jose Altuve are have agreed to a $150 million contract for 5 years. Brian McTaggart reported this deal initially. Altuve and the Astros have had mutual interest in an extension for a while, and the Astros finally locked up the 28-year-old superstar until the 2024 season. The extension won’t kick in until the 2020 season, so his salary of $6 million in 2018, and $6.5 million are still in place. This allows Houston flexibility to sign their other younger players to long term deals for cheap in the few years until Altuve’s cap hits fully. While they may be locked up into a cap strained deal in the future, Altuve deserves every penny and his teammates know it.

Jose Altuve has an interesting story, and an inspiration for most. Altuve originally tried out for the Astros and was told to not come back. However, he came back and was given a small contract of 15k… Yes, only a mere 15k. He is now the player that he is today, and this is a perfect example to kids and adults to never give up on your dreams, and if you do work hard enough, your dreams can become a reality. Jose is a great role model, and his success story makes his journey even more fascinating.

The team has locked in their MVP and he will for sure be a cornerstone for this franchise for the next few years. The Astros got it right by paying their man and continuing the dynasty that they have created.