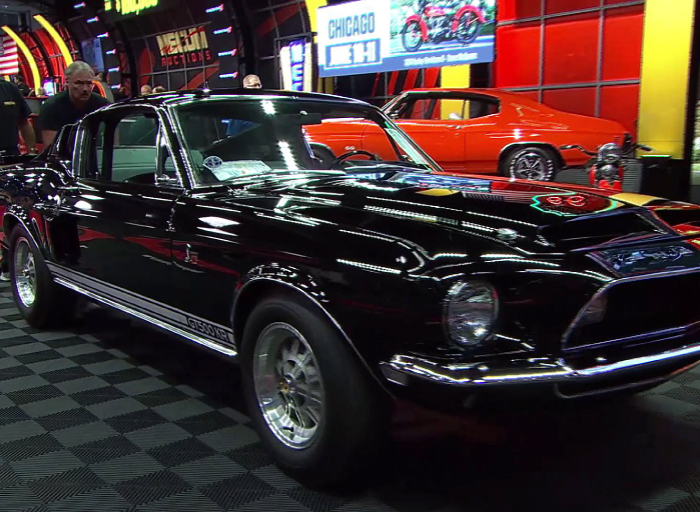 Mecum Houston is right around the corner and many car enthusiasts are ready to get their hands on some rare- and very valuable cars. Mecum will be on April 5th-7th and buyers from all over Houston, some from in state and even states such as Louisiana will be flooding into NRG to view the one-of-a-kind cars up for auction.

In order to attend this event buyers must register to become a bidder at the Mecum auction, so only serious buyers will be bidding the whole time as well. Mecum has provided 1,000 cars to be sold and NBC Sports Network will be hosting the event all weekend (NBCSN on your cable provider). Each car is separated into its own lot, and there are over 1,000 vehicles so you can imagine the number of lots that would be here. Some nice old classics will be on display such as a 1970 Ford Mustang Boss 302 Fastback and a 1970 Plymouth Superbird. Some newer cars will also be for sale that are considered “old” due to the last production years for those specific models. Cars that fall into this bracket are the 2005 Ford GT (however, ford has made these cars available in the 2018 model which were super limited), and a 2002 Dodge Viper GTS Final Edition Hennessey Venom 700 (Just by the name you know how special this bad boy is). Luxury enthusiasts will also be entertained as there is a 2005 Bentley Continental GT in this lot and even a 2003 Aston Martin DB7 Vantage Volante. There is a car for any enthusiast out at Mecum Houston this upcoming weekend. Trucks are also even out on display with plenty of classics ready for a rebuild, or even to stock in a garage.

If you’re interested in coming to the event, head over to mecum.com and you will be able to register to become a bidder and bid against other Houstonians on some beautiful and rare cars. This weekend in Houston will for sure attract lots of vintage car lovers, and enthusiasts from the whole state. Be on the lookout for these cars leaving the lot, and others driving to the event in NRG Center on Kirby Drive.

Lyle Lovett and His Large Band