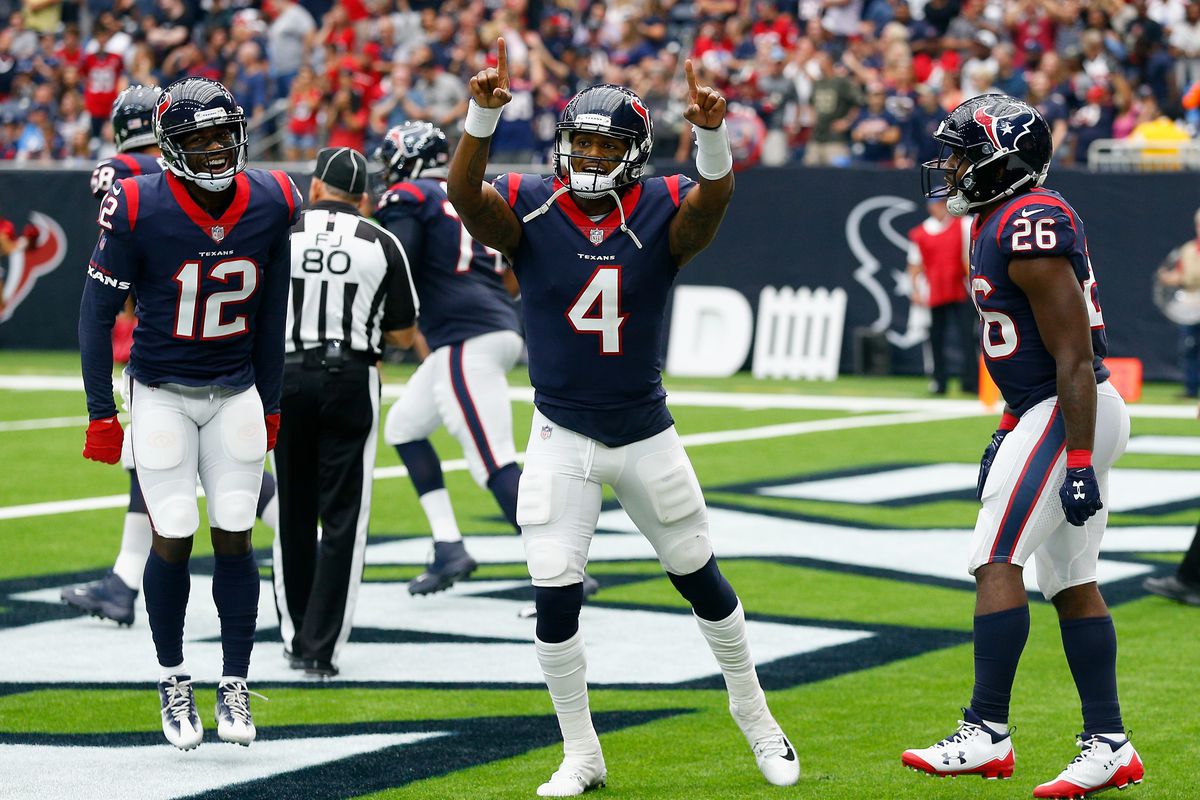 The Texans 2018 NFL Regular Season schedule was just released and there are teams that we should be excited about playing this year. This list will be our top 5 list of what Houston Texans games we are most excited about this season, and we think you should be pretty excited about them too!

This is just going to be a fun one no matter what. The Texans will head over to Philly and try to close up the last few weeks on a run to hopefully stay alive in the playoff race or to secure a home-field position. This game would be a good pre-playoff game for the Texans as it would allow them to face a great NFC team who could prep them for what’s to come in the playoffs 2 weeks before they happen.

This is a game that seems like it’s just a random placement in the middle of the schedule, and we wanted something thrown onto the list. While it may be partly true, this matchup may help position AFC South seedings and may even allow a team to fall into 3rdor even 4th(If Indy can get back to where they were pre-Luck injury. The Titans are a good team, and this week would be the last week they play, so AFC seedings would truly matter here.

The Jaguars were the AFC South champs last year and were almost playing in the Super Bowl until some questionable play calling happened in the second half of the Patriots AFC Championship game. This game is the last game before playoffs (if the Texans can make it) and this could also be the game that decided who wins the AFC South and who secures a playoff spot in the Wild Card round if the other team lost. This is a big home game for the fans, and for the players as well. A lot will be on the line.

Do I really need to say anything here? Texans VS Cowboys in Houston Sunday, October 7th. This is a game you may not want to miss…

This game has a season mood written all over it. Week one, in Patriots home territory… This is a game that is asking to be lost by the Texans however, they have the potential to upset the Patriots and start their season right with a tone that can help guide them throughout the regular season. This game is a confidence booster, and even if they lose, depending on the fight they put up, many may wonder if this Texans team could be the real deal. Get ready for the overreactions this week.